Andrew Bird premieres his video for “Sisyphus” today—watch/share here. The song, which originally debuted last week, saw immediate critical praise including NPR naming it one of the best of January. “Sisyphus” is taken from his recently announced forthcoming album, My Finest Work Yet, due March 22 on Loma Vista. Preorder the album here.

Of the Matthew Daniel Siskin-directed video Bird explains, “We shot this video after a storm system moved through Los Angeles and there was a strange mist wisping through the mountains. I had an acute panic attack as I was standing on the edge of a thousand-foot precipice wearing this giant head mounted on a baseball helmet. The more extreme shots were handled by my stunt double, pro-climber Sterling Taylor.” He furthers, “I wanted the whistle melody to be this glorious wind in your hair rock n roll moment like a scene from Easy Rider thus the Dennis Hopper wig. The idea was to have a whole spin class on a flatbed truck, but I think this captures that sense of futility.”

Bird is also sharing the details of special, select shows celebrating the album release. The intimate performances will be held at Largo in Los Angeles, Green Mill in Chicago and National Sawdust in New York. See below for the full details.

My Finest Work Yet was recorded live to tape at Barefoot Studios in Los Angeles, CA. Produced by Paul Butler, Bird and band went for that Rudy Van Gelder jazz room sound where the instruments bleed in to all the mics in just the right way. Piano plays a strong role on these songs and most of the melodies are tinged with a gospel-jazz-60s soul feel while the lyrics are direct and risk-taking, cutting to the quick of what’s happening in our world.

The album also includes previous single “Bloodless,” which debuted in November along with the track’s official music video (directed by Matthew Daniel Siskin) 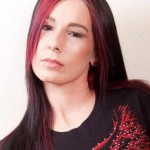