“I met Octavian at a party in London. We took a photo and I never thought I would see the kid again,” Diplo says. “Over the next six months I kept hearing his name and seeing him on great songs. I tried to stay in touch even though he had another twelve phone numbers since we met. Finally, he was stuck in L.A. for a while and it was easy to pull up on him. After a few weeks we nailed this song and I’m glad it gets to finally see the light of day. Big up to Jim-E Stack for producing this with me.”

Europa is a love letter to the continent where Diplo cut his teeth as a DJ and producer—from his early days playing at Notting Hill Carnival to DJ sets at Fabric—before breaking into the stratosphere to become one of the world’s biggest and most influential artists.

Diplo, born Thomas Wesley Pentz, is one of the most dynamic forces in music today under his own name, as well as a member of the now legendary Major Lazer, LSD with Sia and Labrinth—whose first four singles have tallied nearly a billion streams, and Silk City with Mark Ronson—whose “Electricity” with Dua Lipa topped charts worldwide and is nominated for a Grammy Award for Best Dance Recording. As the world’s most in-demand producer, Diplo has worked with artists as disparate as Beyoncé, Bad Bunny and Turnstile. Europa is the first new body of work from Diplo since his California EP released last year. He continues to tour the world over. 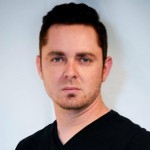 Blake is a 15 year veteran in the photography and film production industry. He grew up learning music production and musical arts. He has been playing drums for 30 years. In addition, he loves the outdoors; hiking, kayaking, biking, and enjoying anything nature.