The Band formed in New York in 1996, Fountains of Wayne took its name from an iconic garden store in nearby Wayne, NJ (which, sadly, closed recently). Fountains Of Wayne has received steady critical accolades since its inception; “Dean Of American Rock Critics” Robert Christgau has called them “lyric poets” and “true art heroes.” The group’s line-up, which also includes guitarist Jody Porter and drummer Brian Young, has remained unchanged since they toured in support of their 1996 self-titled debut album. FoW were nominated for two Grammys, including a slightly belated Best New Artist nod, in 2003, after scoring a hit with their third album, Welcome Interstate Managers.

Before his death Schlesinger had been hospitalized due to his COVID-19 symptoms being severe, but he had started to make small improvements.

In his early treatment Schlesinger was put on a ventilator as well as sedated to help with his recovery. In his attorney’s statement it was mentioned that Schlesinger was writing the lyrics and music for a new theater production with comedian Sarah Silverman at the time of his death.

Adam Schlesinger passes away at home surrounded by loved ones including his two daughters, his wife, his sister, and both of his parents. 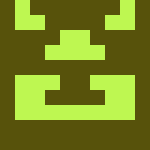 The Eels Debut Next Studio Album ‘Earth to Dora’ October 30

By Lauren Wood 16 hours ago

By Ryan Buynak 1 day ago

The Oxen: A Candid Conversation

By Lauren Wood 2 days ago

By Jenifer Dale 2 days ago