The Rites of Spring Music Festival has been a Vanderbilt University staple since the early 70’s. The Festival gives students an opportunity to connect with the Nashville community and hear live music at the same time. It also gives the students a chance to relax and unwind before their undoubtedly grueling finals begin later this month.

Friday was gloomy from the start, but the rain did stay away the first night of the festival. Due to contract misunderstandings, Nordista Freeze opted out of this years festival. This last minute change cut the acts for the first night from four to three. Festival goers were able to enjoy great food and entertainment before the show and during breaks.

Dreamville artist Ari Lennox opens the show with the light and airy track, “Whipped Cream”. Her smooth and silky voice carries in the night air and has the crowd moving to the beat singing along. She goes on to perform “Cold Outside”and “Grampa”. Lennox also performed the track “Yuengling”, but changed the lyrics to Chicken Wing; this was a real crowd pleaser. Lennox was truly a great start to the Festival. Check out her new album, Shea Butter Baby, which drops next month!

Chicago singer/songwriter Jamila Woods took to the stage to perform several tracks off her latest album LEGACY! LEGACY! which drops in May. Her high energy and thoughtful lyrics really had the crowd drawn in. She was very interactive with the crowd as well, giving a little story before each song.

To conclude Friday night’s lineup was the five-piece Nashville band Moon Taxi. High energy from start to finish! They even did a cover of Lil Nas X Old Town Road which really had the young audience singing along. These guys put on a truly stunning set! 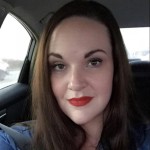 Nashville native that currently resides in Murfreesboro, TN with her 13 year old son.

She works for a medical software company in Brentwood as a Support Analyst, Implementation Manager, and Document Writer.

Leslee has a strong passion for writing and enjoys music of all genres.