Boundaries will be releasing Your Receding Warmth, and fans can’t wait. A hardcore metal group from Connecticut, they have shared their single Carve, and fans have enjoyed the sound and rage. Vocalist Matthew found himself and close friends of his falling into an unhealthy cycle. As a result Carve was written as a response.

He noticed that it happened after dealing with a romantic loss, or because of a long-term love ending. He says that when people are hurting and trying to process loss, you can end up making excuses for behavior. In many cases it is behavior that you wouldn’t excuse otherwise.

It is only when you remove those negative people from your life that you realize that you shouldn’t have been involved with them in the first place. These relationships cause more harm than good to both parties. You can see this for yourself while checking out their video here. Likewise you can preorder their album here.

Carve was also a special song to the band as they had a great time recording the tracks. They recorded at Graphic Nature Audio with their engineer Randy. His dog EQ is said to be one of the best parts of working with Randy. We should all hope to get the experience of working with them both.

Your Receding Warmth has special meaning to each member, and each member has a favorite song. For Cory, it’s Is Survived By, while for Zadak, it’s My Strength. Matthew would rather not say his favorite, but Junior & Cheese love Your Receding Warmth. The album is also different from the last one because Matthew says he is always trying to be more open and vulnerable in an effort to be more understood. He also does this in an effort to feel heard.

On the last record, they tried to reveal pieces of themselves that they felt people could relate to so that they wouldn’t feel so alone. Matthew’s constant goal is that he wants to do for others what music has done for him. Music has repeatedly reminded him that even if he feels alone, he isn’t. At least not to the capacity that he feels he is. Your Receding Warmth, he took this to another level and added songs that would embody what he wants to say, but on a musical level. In addition to that, it has a new level of production.

With the desire to both create and maintain connections that are meaningful with people, he wanted to have the record resonate with them. While eventually, he wishes to make records and music that doesn’t need to be as emotional and dark; it’s a journey. Music is how he can develop and move toward being a better version of himself while reaching the hearts of peers and fans.

When not making music, the band takes the time to let their family and friends know that they are important to them while cherishing them. They also enjoy video games and spend hours playing them to unwind. While live shows are halted, Matthew wishes that he can add to the world of music and continue writing. When they can tour again, the band would love to go to California and Colorado to see friends that they’ve been missing. They also can’t wait to get back to better weather.

Having a bucket list of bands you would like to tour with doesn’t hurt either, and Matthew has his. Senses Fail, Misery Signals, and Bury Your Dead are simply a few that he would do anything to tour with, as he says the list could go on forever.

For fans, he has a special message. He wants fans to know that they should always write down your feelings and thoughts. No matter what they are or if they are negative or positive. If they are mundane or life-altering, it doesn’t matter. All writing is good as long as you are honest, and your writing is honest. Find an art form that speaks to you and can make you fulfilled. When you do, give yourself to it because we are all temporary, but the expression is immortal. 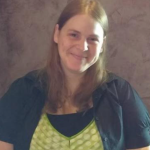 Is It The End?